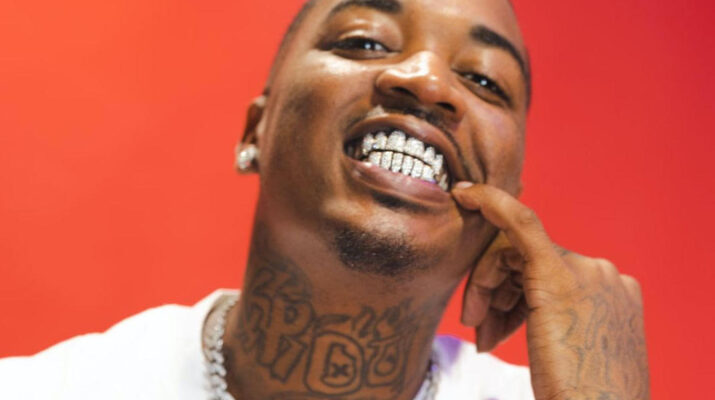 Recently Houston Rapper Nook da Crook released his music video for his remake of the classic Lil Flip song, “The Way We Ball.”  Repping Houston, Texas to the fullest with this throwback Olojuwon jersey, Nook Da Crook makes an instant classic out of an already classic record.

“I just dropped my album called The Biggest Crook and the lead single on the project is The Way We Ball. I brought back the Lil Flip classic, and I got his backing and full support,” Nook Da Crook said. “We went all out, we got Flip in the video, he’s passing the torch and rocking with it. We had all the people come out Sunday funday, BBQ and the cars and the slab line.”

Bred on the Southside of Houston, Nook Da Crook, grew up seeing Fat Pat and Big Hawk in the neighborhood and it inspired him to follow in their footsteps.

“I’m from the Southside Houston, I’m the best of both worlds. I caught the wave of the real lyricists and a lot of the dope rappers in the game, I also caught the what’s going on now wave, my style is blended with the delivery and punchlines. I got lyrics like I’m from up north though,” Nook Da Crook explained. “Fat Pat and Big Hawk (RIP) are from my hood, I watched them as I was growing up. When I was a kid they used to come through passing out shirts, CDs, and flyers, so ever since I was I kid this is what I wanted to do. “

While Nook Da Crook might not be a household name yet, he’s been around the block more than a few times. Before his prison sentence Nook was in the studio working with the recently deceased Snootie Wild known for the song” Yayo.”

“Before I got locked up in 2015 when I worked with Snootie Wild (RIP) that’s when he had the “Yayo” single and just being in there with him at that moment I knew that I could do this for real,” Nook Da Crook said. “After I got out of prison, everything was different.  My city changed a lot while I was gone.  The clothes that people were wearing, the jeans and shirts got tighter. Everything got different. Everything was about cars and girls and sipping drank and now it’s all about popping percs and shooting at the opps. Now they popping pills and want to shoot everything up. I’m bringing back the player music before we let them corrupt and change our culture. I’m really spitting, really got content, really saying something.”

Produced entirely by No Offence, Nook Da Crook’s album The Biggest Crook has gained momentum as recently Lil Flip spoke about their song from the album at a recent radio appearance on Los Angeles’ radio station KDAY.

“Basically we’re bridging the gap between a generation that may not have heard of DJ Screw. But by Nook Da Crook re-making my record his age bracket, we had a conversation about it and he told me how he used to pass by my house and see all the promo vans with my face and how it inspired him. So we just doing what we was taught” Lil Flip told KDAY’s CeCe and Romeo Show.

With a diverse style, Nook da Crook want the fans to know that he’s always working and that they are never going to know what’s next.

“No Offense who did the entire first album, I’m working with LilJuMadeTheBeat – he was Megan the Stallion’s Producer, GoGrizzly, I’ve been working with some of the hottest producers out right now,” Nook Da Crook said. “I’m a big fan of music R&B, Jazz, Blues, I like it all and so when I approach music for my album or whatever I do it’s coming from that standpoint, so you never know what you’re gonna get.  Me and No Offense are like Kobe and Shaq, we locked in.