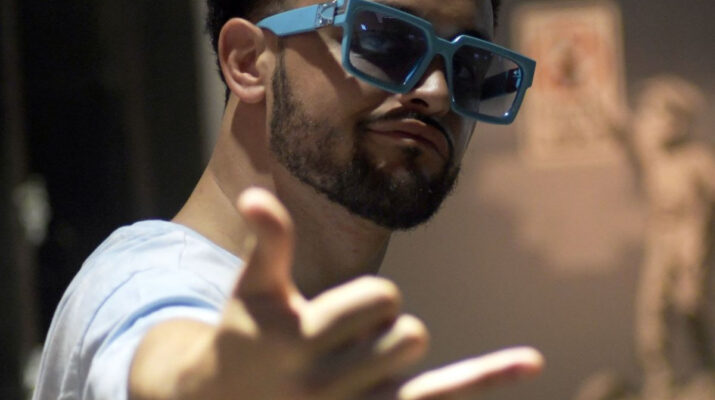 Kentucky up-and-comer, K Hill270 has a message for all of those who are sleeping through their life. It comes in the form of his debut single, “RED Pill”, an homage to that scene in The Matrix where Morpheus opens Neo’s eyes for the first time – an awakening from which there is no return.

Produced by Tropical Gameboy, “RED Pill” is every bit the trip one might imagine. The accompanying visual kicks off depicting K Hill270 as Mr. Anderson, Keanu’s pre-Neo persona, grabbing the ‘red pill’ from Morpheus, thus launching his own spiritual awakening. “RED Pill” represents balance.” K Hill270 explains. “It’s a celebration of stepping out of your everyday struggles and stepping into your dreams – signifying that the choice is yours.”

“RED Pill” is the first single from K Hill270’s forthcoming mix-tape, “Kentucky Blue Grass”, hosted by DJ X-Rated and expected to release in early fall via Designated Hitters Music Group/Penalty Entertainment/The Orchard/Sony. He describes the project as a solid blend of club and party songs with storied street songs meant to inspire. “I’m just trying to showcase my versatility in every regard with this project.” He explains. “I wanted this project to show as many sides of me as possible while letting the world know how cool it is being from Kentucky. I’m pushing Bluegrass worldwide.”

Kentucky may not come immediately to mind when the subject of famous rappers comes up but K Hill aims to change that. As a classically trained vocalist with a marketing degree, he certainly possesses the right ingredients. “When most people think of Kentucky, they think Louisville or Lexington which is Eastern Kentucky.” He says. “I’m from Western Kentucky, an entirely unique place with a lot of talented musicians. I just want to shed a light on where I’m from so that maybe, more people like me can do the same. Nappy Roots is the only known name that came out of the 270 and that was 20 years ago. Now I feel like it’s my turn!”

Stream “RED Pill” via the link below and be sure to leave some feedback on the video.