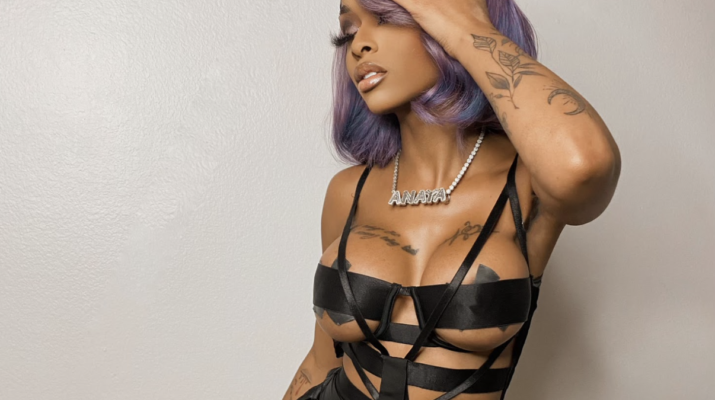 Artist, entertainer, and songwriter Anaya LoveNote has something to say and she’s not holding back or biting her tongue for anyone or anything. Breaking out with her anthem for females titled, “Preference,” this Texas-bred and California-residing entertainer is winning over the hearts of the industry with her candid takes on life, love, and relationships.

Having been in a relationship with an A-list celebrity, Anaya LoveNove lost herself to the thralls of a one-sided relationship, and although she was happy for a time, ultimately she lost herself and her focus on being a singer and entertainer like she had always dreamed about.

“Preference is a song inspired by how I was dating a huge celebrity and at one point I lost myself in that person. I was very distracted. I wasn’t going to the studio, and I wasn’t working on me and he ended up breaking me to the point where I lost myself. I was so broken and I just prayed and I started writing – Preference is the song that came from all those emotions and feelings,” Anaya LoveNote said.

“Loody from Taylor Gang was putting together a female project, I went in there singing but came out a rapper. It made me realize that I want to win an award for both genres of R&B and Rap. I have talents and God gave me the ability to sing and rap,” Anaya LoveNote explained. “After my failed relationship, I had hit up Winner Circle and I DM’d them. Months later I got a phone call, I went to Atlanta and they sent me a reference to a song that was originally for the City Girls, but I did my own thing and came up with Preference.“

From there Anaya LoveNote continued her mission to find the success she was looking for and it led her to Splash Life Booking’s CEO and founder Dollah Dae who has since begun managing her and booking her for shows across the country.

Learning and growing with each step since her early days of foster care and throughout her troubled relationships, Anaya LoveNote has learned the importance of being yourself and being confident in who you are.

“I want fans to know that it’s okay to be yourself because there are so many sides to us as people. Sometimes people will say you are trying to be someone else, but there are so many sides to a person that makes them who they are,” Anaya LoveNote explained.  “I want them to really see me, not someone else. I want people to see the love and bring back the fun in music. I don’t want to be labeled like another artist that’s already out, I just want them to take all of me for me.”